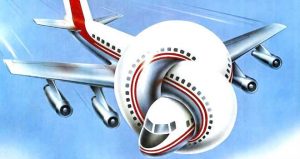 Last week, I reported how what The American Institute of Stress refers to as “COVID Anger” appears to be a growing condition that is spilling out onto America’s roadways in the form of dangerous, aggressive driving and road rage. It is not the only transportation sector where such bad behavior is expressing itself.

According to an Associated Press report in June, the Federal Aviation Administration says that airlines have reported nearly 3,000 cases of disruptive passengers onboard since the beginning of the year. As graphically detailed on social media, this bad behavior ranges from confrontations with flight attendants to occasional fist fights. By late May of this year, the FAA had investigated roughly 400 cases for possible enforcement actions. Things have gotten so bad that the airlines and unions for flight attendants and pilots sent a letter to the U.S. Justice Department urging “that more be done to deter egregious behavior,” says the AP.

Pilots and flight attendants now routinely make pre-flight announcements to remind passengers about federal regulations against interfering with crews. Sara Nelson, president of the Association of Flight Attendants, says all of the industry responses are “helpful, and if we didn’t have that I can only imagine how much worse it would be.”

While routine flight delays, cramped planes and screaming babies have led many to a short temper in the past, it is not definitively clear from where all this ramped-up post COVID “air rage” is coming. Last week, Dr. Hans Steiner, Professor Emeritus of Stanford’s Department of Psychiatry and Behavioral Sciences, talked about factors for what he calls “maladaptive anger and aggression” in a recent university post. He spoke of such behavior surfacing “without any trigger, seemingly out of the blue” and being “disproportionate to its trigger in its frequency, intensity, duration and strength.”

As reported by the New York Times, new research surprisingly suggests many people’s sense of isolation has increased even as the public health crisis in the United States has begun to abate, leading to communities opening and the economy improving.

“There were cumulative effects from the social isolation,” said David Lazer, a professor of political science and computer sciences at Northeastern University and one of the authors of the study. “Our findings show that recovering from social isolation is hard and does not simply stem from increased social contact.”

“We are all more traumatized than we realize, and that puts people on edge,” adds Raymond Tafrate, a psychologist and criminology professor at Central Connecticut State University who has studied anger.

“It takes a while to heal the social fabric,” adds Lazer.

In a recent report by Belinda Luscombe, Time magazine editor-at-large, a series of studies published in the Journal of Social and Personal Relationships provide a non-scientific formula used for explaining most cases of human bonding: time + affection + togetherness = relationship. The question of the day is: “What happens to humans and their interconnectedness when two of the key elements — time and togetherness — are removed or increased?”

In a recent opinion piece for upcomingworldnews.com, Adam Grant, an organizational psychologist at Wharton University and author of “Think Again: The Power of Knowing What You Don’t Know” puts it this way: “Most people view emotions as existing primarily or even exclusively in their heads. Happiness is considered a state of mind; melancholy is a potential warning sign of mental illness. But the reality is that emotions are inherently social: They’re woven through our interactions … Peak happiness lies mostly in collective activity.”

Grant is referring to a concept coined in the early 20th century by sociologist Emile Durkheim that describes the sense of energy and harmony people feel when they come together in a group around a shared purpose. He believes we find our greatest bliss “in moments of collective effervescence.”

Grant defines collective effervescence as the synchrony you feel when you slide into rhythm with strangers on a dance floor, colleagues in a brainstorming session, cousins at a religious service or teammates on a soccer field. “And during this pandemic, it’s been largely absent from our lives.” He goes on to say that these emerging behavioral issues have not only been caused by the crisis itself. “They’ve actually been transferred from person to person.” As countries start to reopen, Grant believes that collective effervescence will begin to happen naturally. He also sees a return to a resemblance of normalcy in this country as “a time to rethink our understanding of mental health and well-being.”

“You can feel depressed and anxious alone, but it’s rare to laugh alone or love alone,” says Grant. “Joy shared is joy sustained.”

All of this has reminded me of a Pew Research Center survey conducted in the summer of 2020. It showed that, though the pandemic led to the cancellation of religious activities and in-person services around the world, few people said their religious faith had weakened. To the contrary, the outbreak had bolstered their religious faith and the faith of their compatriots. Nearly three in 10 Americans (28%) report a stronger personal faith because of the cancellation of in-person activities. Approximately four in 10 said it has tightened family bonds.

And it reminded me of the bible’s second table of the law and one’s civil obligations.

“Thou shalt love thy neighbor as thyself.” I cannot think of more needed food for thought during such critical times.

Stress Awareness Isn’t A Strategy — It’s Only A Start

Stress levels of moms with preschoolers increased during the pandemic

Djokovic ‘playing by his own rules’, says Tsitsipas